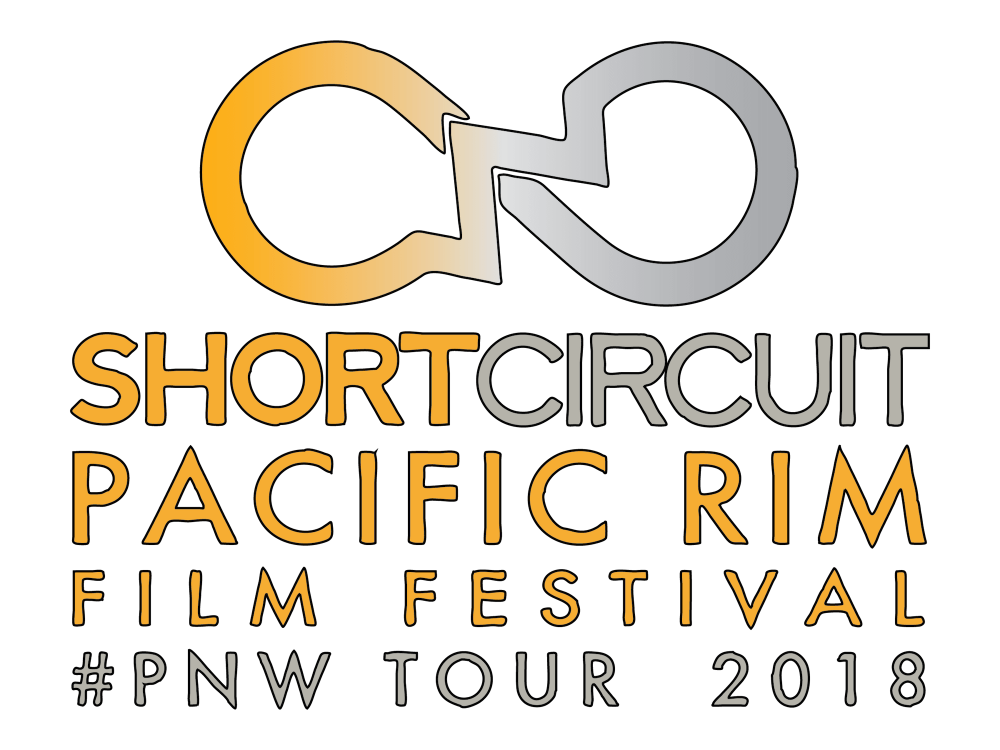 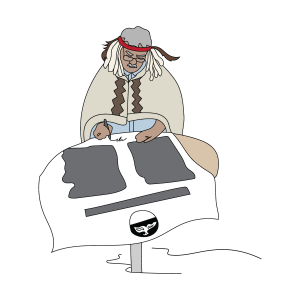 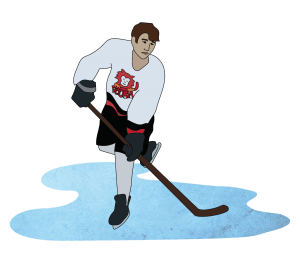 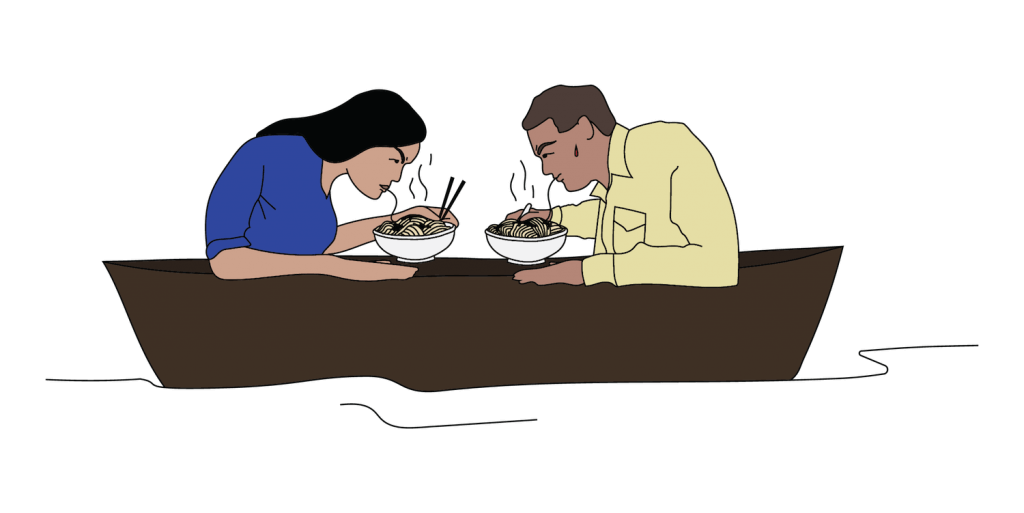 Short Circuit, the only Pacific Rim film festival in the world, is presented annually by CineVic Society of Independent Filmmakers on Lekwungen Territory in Victoria, BC, Canada. We screen work from over 30 countries around the world, and this year we're going back to our #PNW roots with an eight-stop tour across the Pacific Northwest!

This first-ever tour showcases a diversity of artists with nine exceptional short films that highlight regional intersections between land, air, water, and people. 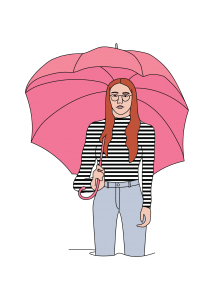 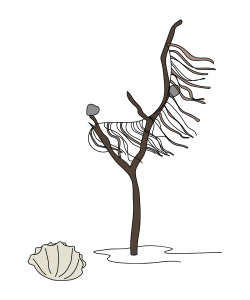 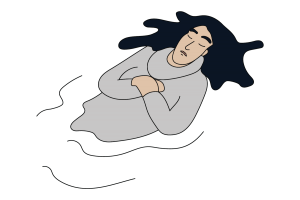 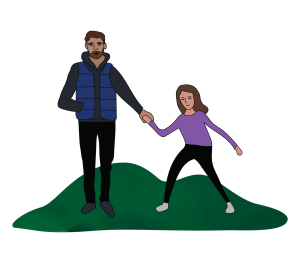 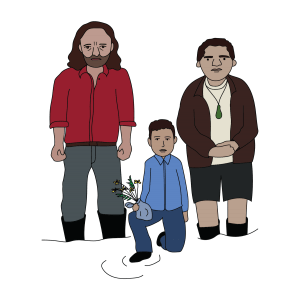 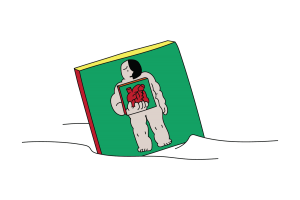 PHỞMILY FEUD
3 minutes / Directed by Ellison Shieh & Martin Tran / Seattle
Though well into adulthood, this sister and brother pair can't stop competing at childish games. Big sis is used to winning, but this time little bro is determined to take her throne. Bringing their ago old grudge into a Pho restaurant, what could go wrong? 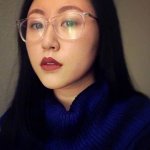 Ellison Shieh seeks to create diverse, inclusive, and compelling narratives through many mediums including short films and documentaries that explore intersectionalism and their identity as a queer, gender non-conforming Asian American. 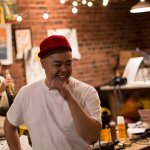 Martin Tran loves film. He has studied at Evergreen State College and Vancouver Film School, works on independent documentary and narrative film projects, and serves as the Co-Director of the Seattle Asian American Film Festival.

MENTAL
11 minutes / Directed by Jax Smith / Vancouver
Alicia sees reality through a dream-like lens of externalized psychotic episodes. Caught in a loop of depression and anxiety she uses prescription drugs to numb herself. Unable to discern what is real and what is imaginary, she finally gives into her inner voice’s advice and embraces her biggest fear. Sometimes the only way out is through. 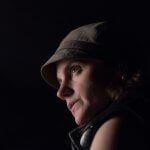 Jax Smith created the TV series Defect and directed the short films The Stakeout and Mental, which won Outstanding Cinematography and Outstanding Lead Performance awards at Short Circuit. Previously she directed projects for First Star, World Wildlife Fund and The Projecting Change Film Festival. Her work has been showcased on CBS, The Knowledge Network, and Urban Rush. Jax is half of the writing duo M&J with Meeshelle Neal.

TAMA
9 minutes / Directed by Jared Flitcroft & Jack O'Donnell / New Zealand
A young Maori Deaf boy longs to perform the Haka. He is isolated within his family where communication is non-existent between himself, his hearing dad, and younger brother. One day on a near-fatal car trip, Tama finally confronts his father with his own representation of the Haka. This film is the result of a unique collaboration between Deaf and hearing filmmakers. 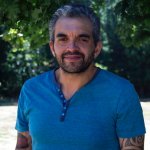 Jared Flitcroft is a Deaf filmmaker from Wellington, New Zealand. He attended Victoria University and the New Zealand Film and Television School, and is the chairperson of the New Zealand Deaf Short Film Festival. 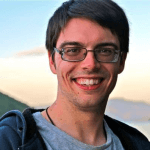 Jack O’Donnell is a graduate of Victoria University of Wellington with a Degree in Film, Theatre and English. His first film Copper was selected for several international film festivals, including the Los Angeles Diversity Film Festival.

THE REALM OF DEEPEST KNOWING
3 minutes / Directed by Seung Hee Kim / South Korea
One digs beneath the surface of the other to reach the deepest place of his heart during struggles. It lightens up the darkness. They fulfill one another within the sense of oneness. 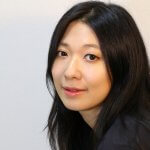 Seung Hee Kim's is an animation filmmaker who has screened at numerous international festivals including Annecy and Slamdance ,and won multiple awards. She is currently developing an animated documentary and participating in the feature documentary For Vagina's Sake as animation director.

THE RE-NAMING OF PKOLS
4 minutes / Directed by Steven Davies / WSÁNEC Territory
The WSÁNEC First Nation takes a revolutionary step to reclaim and re-name PKOLS, a sacred mountain in their traditional territory. 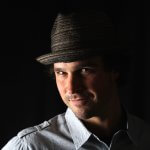 Steven Davies is a filmmaker of Coast Salish (Snuneymuxw) and European descent. His films are centred around cultural and political themes, that reconnect with Indigenous histories that educate himself and others.

VIOLET & JUNE
6 minutes / Directed by Linnea Ritland / Vancouver
A short film about falling in love, the terror of being alive in a cold heartless universe, and butts. 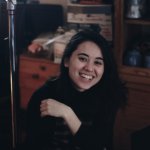 Linnea Ritland — full time student in UBC Film Production, part time lover of bread — once saw some comedy and was like, "wow, that brought me so much joy! Maybe I’ll try writing some." And that is when joy became suffering. But she hopes it has transcended back to joy when you see Violet and June!

LIONS IN WAITING
17 minutes / Directed by Jason Karman / Vancouver
The newest member of a minor league hockey team, Ray, experiences hazing by his new teammates as he struggles to fit in both on and off the ice. Ray will have to find the courage to accept himself first—and maybe even inspire a fellow teammate. 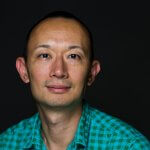 Jason Karman was born in Jakarta, Indonesia, and is a graduate student in Film Production and Creative Writing at the University of British Columbia. His short films have screened at festivals in Brazil, Hong Kong, Australia, Europe, United States and Canada. He received the Gerry Brunet Memorial Award at Vancouver Queer Film Festival in 2011, and in 2015 was recipient of the Jury Choice Award at Reel Pride Winnipeg.

GWALA RISING
13 minutes / Directed by Stephani Gordon / Papua New Guinea & Portland
Gwala Rising in the Bwanabwana Islands depicts the revitalization of traditional conservation practices in the islands of Papua New Guinea. The community of Anagusa Island is combating the effects of climate change and protecting the coral reefs they rely on using gwala: the traditional practice of setting aside a reef or forest area to allow the ecosystem to recover. 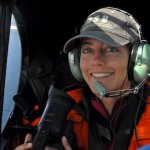 Stephani Gordon is a biologist and award-winning filmmaker, and has filmed for National Geographic, the National Science Foundation, Conservation International, BBC, and PBS. She is based in Portland, and loves nothing more than to share the stories of rugged ocean coastlines, rivers, mountains, islands, and their people with others who are curious about the biological and cultural diversity of our wild world.

HER NAME IS DESTINY
15 minutes / Directed by Alex Miller / Victoria & Vancouver
Despite having a past filled with bad family, hard drugs, and dead ends in the same depressing small town he grew up in, Sam Cantor has cleaned up his life by focusing on the one thing that matters: his daughter, Destiny. When an opportunity for Destiny to experience a life outside of town arrives in Sam's mailbox, he seizes the chance to finally make things right. Her Name Is Destiny was the first film to be produced through CineVic's CINE⚡SPARK program. 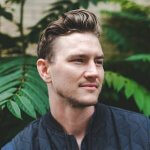 Alex Miller was born and raised in Edmonton, AB but spent his seminal years on Vancouver island where he would begin his career in film. From humble begginings of comedic skits with his friends to a half a dozen shorts under his belt and a career as a camera assistant, Alex continues to pursue his passion for film every day of his life.