Victoria Westcott will lead participants through the ins and outs of her own producing journey which began with a micro budget, crowd funded feature film to producing a 20 million dollar animated feature starring name talent. Topics covered will include coming up with a marketable idea, pitching, attaching key creatives and a production team, production itself, working with sales agents and navigating film markets. Participants will walk away feeling empowered, armed with practical tools and action steps that will help them move forward in their careers. 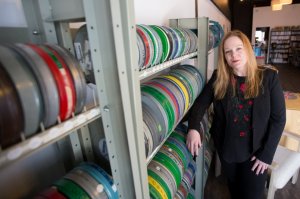 BIO:
Victoria Westcott is a Film Producer, Recruitment Specialist and Professional Speaker with expertise in producing, crowdfunding, teaching abroad & living the life of your dreams. In the past 10 years she has helped thousands of teachers make the move to teaching in London, England and produced her first feature length film, LOCKED IN A GARAGE BAND. Her speaking engagements have included McGill University, Ted X Victoria, University of Victoria, Austin Film Festival, Social Media Camp and Screenwriting Expo among others. Victoria has a Bachelor of Education from Queen’s University, a Bachelor of Arts (Geography) from Carleton University and a Producers’ Degree from Hollywood Film Institute. She is the recipient of the Honorable Member Award for Self-Published Non-Fiction Ebook from Writer’s Digest, 2010 and listed in the Stanford Who’s Who. She has volunteered in Costa Rica, Guatemala & Bangladesh in forest preservation and health education. Interviews with Victoria have appeared in Macleans, Yahoo News, MSN.Com, MO.com, CUPwire, Business News Daily and Times Colonist. She is a regular guest speaker at McGill University.