Anyone who’s attempted to write a screenplay will immediately lament the dreaded second act. So overwhelming, it has the potential to halt your progress indefinitely. Led by Stacey Ashworth, an internationally-screened scriptwriter and experienced story analyst, this class will reveal the tools and tips available to writers who struggle with their second act. The evening will include a tailor-made lecture, in-class exercises, and examples of popular film and television.

While the class will open up with a refresher on the three act structure, please note that we will not be reviewing the screenwriting format or style. If you are new to screenwriting, it is recommended to read two or three contemporary screenplays before coming to class (contemporary being the year 2000 and onward.) Questions are welcome, but the focus of the lecture will be on story structure.

If the class ends early, Stacey encourages you stay behind to chat! We hope to see you there! 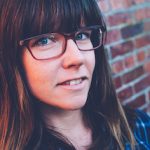 Stacey has had her work optioned in Los Angeles, as well as in Victoria, where she’s currently in post-production on her second short film, COLD CAMPING. Her directorial debut, the short film, NO BREATH PLAY, screened both nationally and internationally and won the Victoria Film Festival’s 2016 Metropol Audience Award for Best Short.

Her script / story analyst experience extends to reading scripts for Sundance in preparation for their 2014 Screenwriters Lab, for indie producers in Los Angeles, acting as a marking consultant for the University of Victoria’s Writing Department, as well as teaching screenwriting at the University of Texas at Austin and CineVic.

You can review her work here: www.ashworthwrites.com