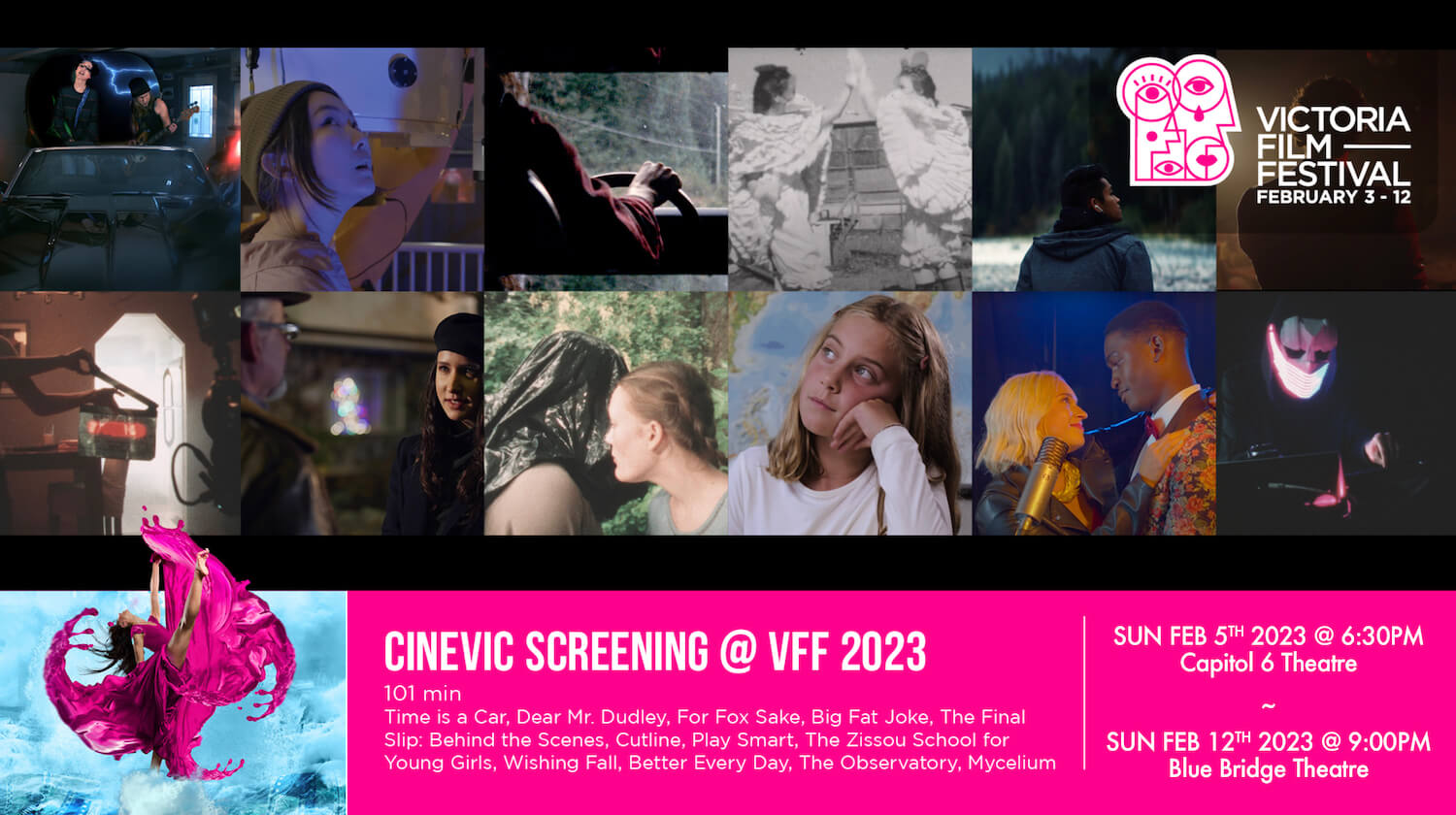 CineVic Society of Independent Filmmakers is excited to return to the Victoria Film Festival with a screening that showcases the diverse work created by our amazing members over the past year.

Due to popular demand, VFF has added a second screening of our member showcase!

Please join us for a presentation of local short film highlights ranging from music video, to documentary, comedy, drama, behind-the-scenes, and even a few films created on celluloid Super 8.

CineVic is an artist-run society supporting independent filmmakers and media artists with accessible programming, affordable equipment, professional development resources, and cinematic exhibition opportunities since 1991. We acknowledge and respect the long and continuing history of the Lək̓ʷəŋən-speaking people, now known as the Songhees and Esquimalt Nations, as well as the W̱SÁNEĆ First Nation, on whose traditional and unceded territory we carry out our creative activities. 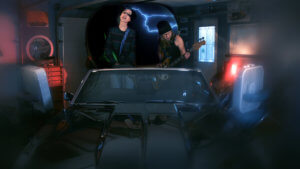 Time is a Car
4 minutes
Lesley Marshall / Partner
Time Is A Car is a meta music video. A music video in a music video about how a band cannot possibly make a music video. It’s what would have happened if Thelma and Louise escaped with all the money and drove happily ever after off into the sunset and had wonderful prosperous lives. Fueled by music video epics, pulp films, and ripe with sarcasm, Time Is A Car has the parody quality of Beastie Boys’ Sabotage and the vibrancy of Megan Thee Stalion’s Thot Sh*t starring Victoria’s own Eddilicious.

Dear Mr. Dudley
13 minutes
Morgan Rhys Tams
At the age of thirty-one, Morgan Tams sent a letter to a complete stranger on the other side of the country. All he had was a name – and a hunch that this person was the father he never met. Dear Mr. Dudley follows a series of hand-written letters that trace the five thousand, eight hundred, and seventy-two kilometres between the filmmaker and his absentee father. With every turn of the page and bump of the long road between them, their newly discovered relationship slowly blossoms into an ethereal reflection on memory, distance, and family. Armed with a Super8 camera and his trusty old van, Morgan sets out along the lesser highways of Canada from coastal British Columbia to Prince Edward Island, following the path of their written correspondence. As quiet towns, boundless prairie, and grand vistas drift past the open window, thirty-one years of silence between father and son unfold letter by letter, line by line. 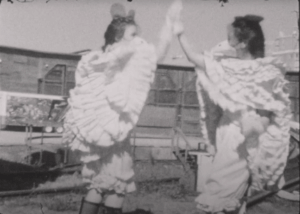 For Fox Sake
4 minutes
Suzanne Moreau
For Fox Sake is an homage to cinema’s silent era, observing what happens when two adventurous hens escape their cooped-up existence. But while a wily fox is intent upon exploiting them, they find compassion for their would-be oppressor.

Big Fat Joke
16 minutes
Charlie & Tavish Gudgeon
Joe is a stand up comedian in the near future, where a mysterious disease has caused a majority of the population to lose their ability to be funny. His comedic act is cringe, but what’s harder to watch are his continual failures at making genuine human connections. 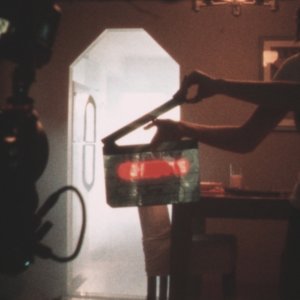 The Final Slip: Behind the Scenes
2 minutes
Sonya Chwyl / Sophie de Kergommeaux
Due to unforeseen circumstances, the production of the recent short film ‘Slip’ had to move its final shoot date to the same weekend the filmmakers had booked a Super 8mm camera for the One Take Super 8 Event. So the filmmaker Sonya Chwyl, together with 2nd AC Sophie de Kergommeaux, decided to capture a few moments from the last day of shooting on film. 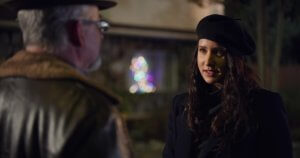 Cutline
17 minutes
David Heyman
A veteran photographer helps a cub reporter, on her first assignment and on a tight deadline, to interview the family of a girl who died the night before. 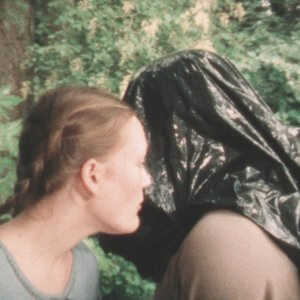 Play Smart
3 minutes
Sohee Hong / Gwynn Davies
Play Smart was created for the One Take Super 8 Event by Sohee Hong and some of the students she has taught film production in Duncan, BC. Through this film, she wanted to express some decisions and struggles young children face and need to make during their social activities and relationships they encounter.

The Zissou School for Young Girls
4 minutes
Michael Korican
When she was a young girl, Ashley had a crush on her teacher.

Wishing Fall
16 minutes
James Weicker / Ann Marie Hak
When Graham takes his new step-son Emil on a camping trip, his hope is that they will finally find a way to bond through the traditions and lessons he learned from his own father. However, the scars of the recent death of Emil’s father hang heavy over the pair and Emil resists Graham’s attempts to get closer to him. 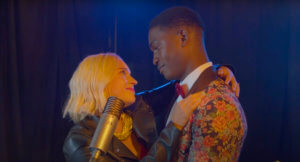 Better Every Day
14 minutes
Michael ‘Oz’ Osbourne / Brian Globus / Ken Shapkin
Newlywed musicians get a once in a lifetime chance to travel the world and play their music, until it all goes sideways, but this is only the beginning of their story. Whatever the world throws at Dre & Star, they are resolved to make life better every day. 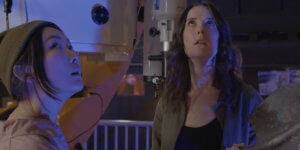 The Observatory
5 minutes
Justin Lee / Brian Globus / Ciaran Volke
A passionate astronomer drags her jaded partner to the observatory to share her latest discovery: A constellation from a different adjoining universe that suggests the existence of ghosts, interdimensional communication, and a reckoning for their rocky relationship. Written, filmed and edited in 48 hours for Vancouver’s 2022 Run N’ Gun film competition. 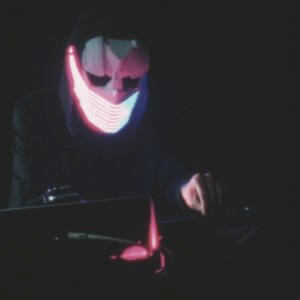 Mycelium
3 minutes
Emanuel Foucault
With an aptitude for creating progressive melodies. Battery Poacher builds the majority of his samples from scratch. Blending elements of psychedelia, funk and hip hop, his music can be described as deep, dark and infectious. Using vocoder, synthesizers and tasty guitar shreds wrapped like bacon around meticulously sculpted beats, the intricacies of the magic mask he dons are only superseded by the music he creates. He is the robot alien who will steal you away to another dimension.