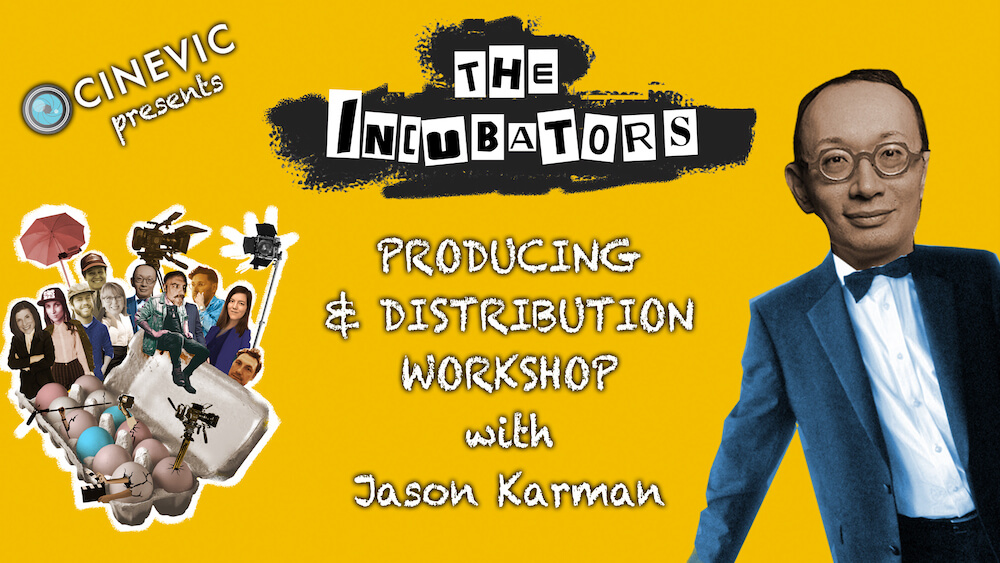 CineVic is pleased to present the final workshop in our Incubators series:

Jason Karman is a 2020 recipient of both the Canada Council for the Arts Digital Originals grant and the Telefilm Talent to Watch program. We are extremely excited to have him as our final mentor to close out the Incubators training program.

Topics to be covered include:
• Grant writing and project development
• Getting a crew together
• Actors, music, and other licenses/contracts
• Festivals and other forms of distribution

Only TWO SEATS remaining in this two-part seminar!

Jason Karman is a Vancouver-based screenwriter, director and producer. His 17 short films have screened internationally at festivals, including the Melbourne Queer Film Festival, Whistler Film Festival, and Telefilm Canada’s Not Short on Talent at Clermont-Ferrand. A graduate of the Master of Fine Arts in Film Production and Creative Writing program at the University of British Columbia, Jason has worked in documentaries, dramas, coming of age, and dance on screen. He is the 2016 recipient of the James Lee Foundation Scholarship. In 2019, he was awarded the 2019 Best Editor Award at the Vancouver Short Film Festival for Lionhood. Jason is an alumni of the Short Circuit Pacific Rim Film Festival, and is currently working on an animated documentary, a Digital Original short through the Canada Council For The Arts.