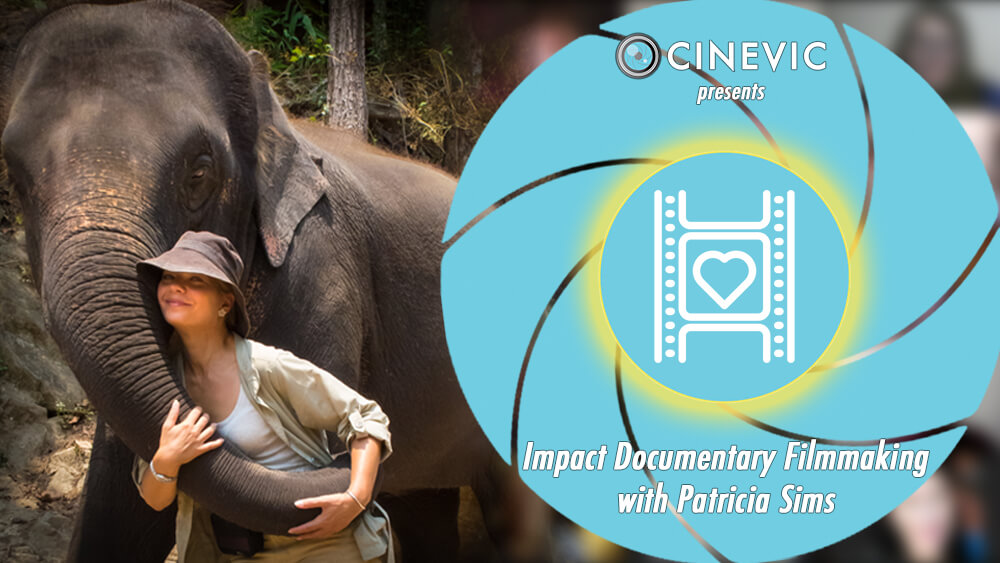 How do you make a difference with your film? Learn the steps to launching an impact strategy for documentary films in this workshop by local producer-director Patricia Sims.

It’s one thing to envision a documentary film project, find the funding, produce the film and have it ready to share with the world. For most filmmakers, the biggest challenge comes in making an impact with your film by finding your audience through your distribution strategy and then engaging them to act on the issues that your film is portraying.

Patricia Sims has led a long career as an independent producer specializing in nature and wildlife filmmaking, and is a well-known for her efforts to bring the world together to protect endangered elephants through her two films Return to the Forest and When Elephants Were Young – both narrated by Canadian actor William Shatner – and her creation of the annual global campaign World Elephant Day, which she founded on August 12, 2012. #WorldElephantDay is now in its tenth annual campaign year and reaches over two billion impressions  in its social media impact and engagement each year.

This interactive session will examine what it takes to produce a passion project and get it out to audiences worldwide, and talk about how to launch a global campaign initiative through social and digital marketing strategies. Patricia will also share her filmmaking experience during the production of the two films, the challenges she and her team faced, and the steps she took that led to her founding World Elephant Day, which brings awareness to the plight of elephants worldwide.  She will also share her perspectives about releasing independent films, offering her insights and expertise on what it takes to bring a film to international audiences.

Patricia’s award-winning film Return to the Forest, which she produced and directed for the Queen of Thailand’s Elephant Reintroduction Foundation, will be screened and discussed during the workshop, accompanied by behind-the-scenes, making-of location photographs to illustrate her filmmaking and impact producing strategies.