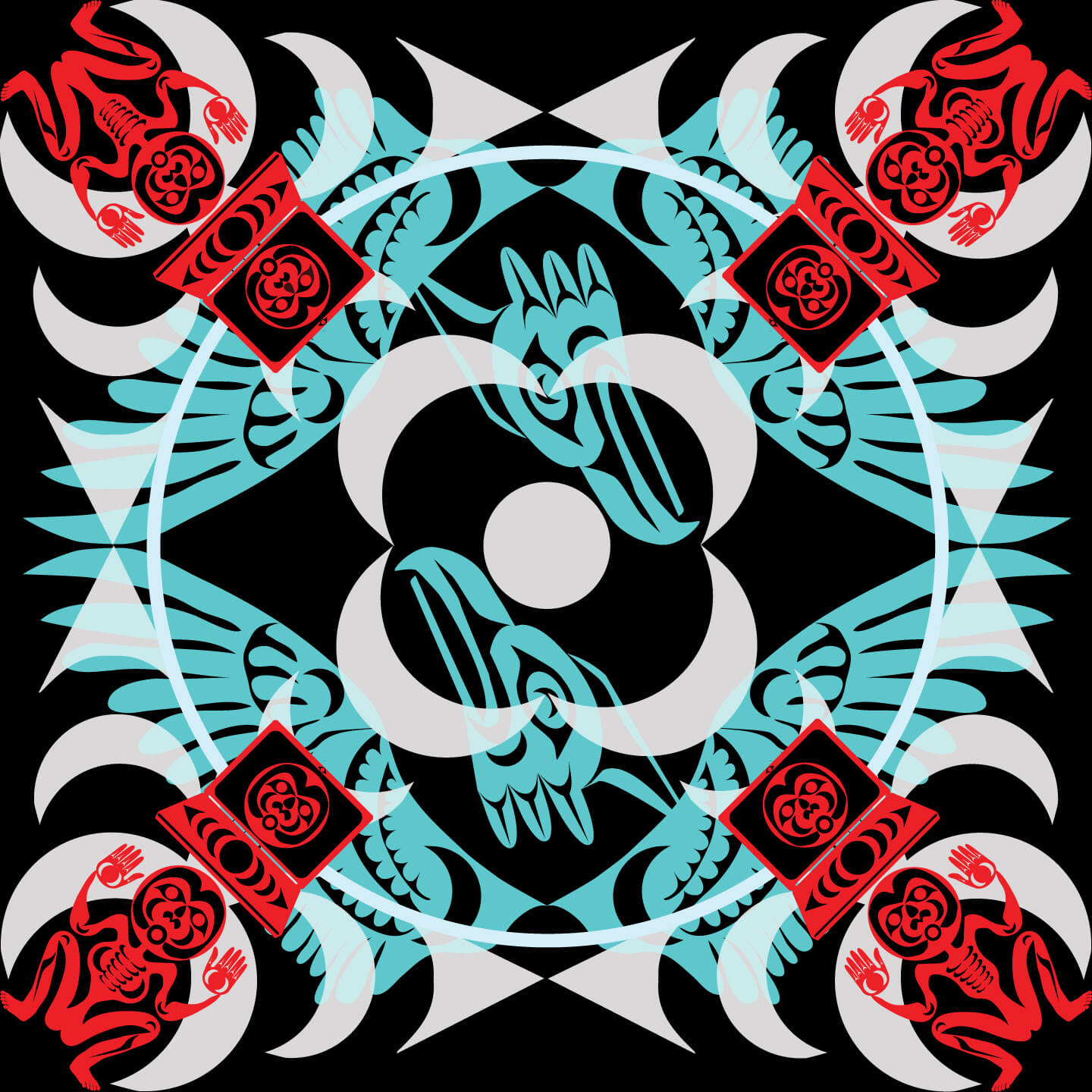 As one of the IMAA Pacific region member organizations hosting this year’s conference, CineVic is pleased to showcase a range of film and video work from our members and community artists.

The following films will be viewable as a single on-demand program in the CINEMA section of the DIGITAL SHIFT website between October 8th-14th, 2020.

We’ve included films from longtime members of the society as well as newcomers; from Vancouver Island and the Gulf Islands; from our annual Short Circuit Pacific Rim Film Festival, CINESPARK production program, and analogue One Take Super 8 Event. Even though we cannot watch these films together at the cinema, we are excited to broadcast them to a national audience online. 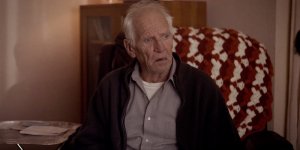 NORMAN
14 minutes / Directed by Graham McDonald
Norman, an elderly curmudgeon, must learn to open his heart, and stop killing the squirrels, or all will be lost with his already estranged daughter. This was the second film to be produced through CineVic’s CINE⚡SPARK program.

Graham McDonald is a a co-founder of Grahamsey Theory, a boutique independent film production company in Victoria, BC. He is known for his hands-on and personal style of teaching and directing. He has been producing independent film & theatre for over 20 years, including work with the Victoria Academy of Dramatic Arts, Theatre SKAM, and Belfry Theatre. Graham has taught locally at VAD Arts, Kaleidoscope Theatre, and Theatre Inconnu, and worked as a teacher and acting coach for the past 15 years. 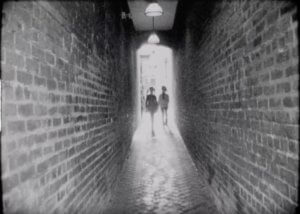 G.G. MUSIC VIDEO by JOAN BESSIE
3 minutes / Directed by Jessica Beach
G.G. is a love letter to our friends and family beyond. It’s a song about kicking up dirt before you’re buried in it, and living every day like you’re gonna die while trying not to actually kill yourself. This film was created for CineVic’s first-ever One Take Super 8 Event in 2019.

Jessica Beach has been an independent artist in BC for over a decade. She has produced 3 studio albums and recently debuted her latest project Joan Bessie with a hit single on the CBC Music Top 20 chart for 10 straight weeks. The success of the first single “G.G.” was very appropriate for the project as the name is borrowed from her late maternal grandmother (born Joan Bessie and later becoming Mum, then Granny and later still Great Granny or “G.G.”). 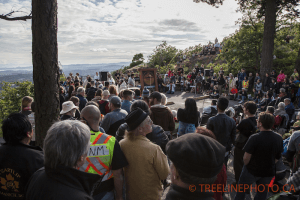 THE RE-NAMING OF PKOLS
4 minutes / Directed by Steven Davies
The WSÁNEC First Nation takes a revolutionary step to reclaim and re-name PKOLS, a sacred mountain in their traditional territory.

Steven Davies is a filmmaker of Coast Salish (Snuneymuxw) and European descent. His films are centred around cultural and political themes, that reconnect with Indigenous histories that educate himself and others. 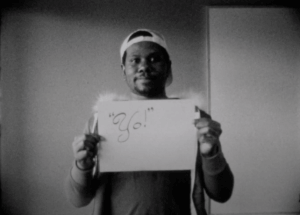 THAT’S WRONG! OR, HOW NOT TO EMBARRASS YOURSELF IN FRONT OF WHITE PEOPLE
3 minutes / Directed by Justin Foran
In this satirical short, follow The Example as he struggles to make sense of paradoxical White expectations of POC men.

Justin Foran grew up split between London, England and Vancouver, Canada. Currently he resides in Vancouver, where he works as an actor and writer. Having graduated from the University of Victoria’s Master’s Program in 2019, he is now pursuing a career in writing for animation. His dream is to be a showrunner on his own original animated series. In the rare moments he isn’t writing, he can be found cracking jokes on the web. 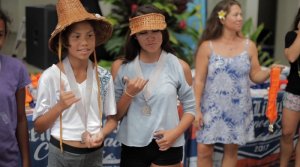 LEAVE IT ON THE WATER
12 minutes / Directed by Steve Sxwithul’txw
Indigenous youth from the Coast Salish territory on Vancouver Island train to represent their community in the world’s largest outrigger canoe race. Carrying on an old tradition using canoe racing as a form of healing, they enter the biggest canoe race in the world, taking them from their small community all the way to Hawaii.

Steve Sxwithul’txw is a father of three and a member of the Penelakut Tribe, raised in Duncan, BC on Vancouver Island. Having a keen focus on Indigenous storytelling, Steve left a solid career in policing and security to move into a career in journalism. Training at BCIT in Burnaby brought Steve’s focus to his own way of relaying stories, forming his own production company in 2009. Using this as a foundation, he starting working with broadcasters and found success with his award-winning series Warrior Games in 2013. He then created Tribal Police Files in 2014 which is moving into its 2nd season on APTN. 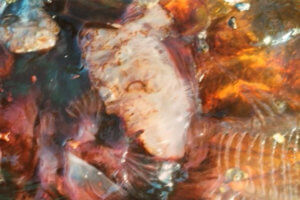 NAMELESS
4 minutes / Directed by Odette Laramee
Experimental short developed in the spirit of ‘the universe in a single atom’ with animation created entirely from extreme close-up images of three large jellyfish.

Odette Laramee has a great appreciation for exploring stories – across cultures, histories/futures, and media. Her film work includes: Experimental, Animation, Documentary, and Narrative Shorts. Each piece is created from extraordinarily surprising medium with the intention of celebrating the vastness of being. 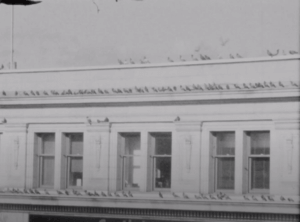 UNTITLED (PIGEONS)
3 minutes / Directed by Kemi Craig
A Super 8 meditation on what is visible and invisible, critical and of no consequence; special and mundane.

Kemi Craig is a contemporary analogue artist living and working in the traditional Lkwungen and W̱SÁNEĆ territories. An American of African descent raised in Cherokee and Catawba territories, her work centers on futures for raced and gendered bodies. Working through Super 8, 16mm film, and cellphone video, Craig couples performance with devices of looking to interrogate the simultaneous experiences of past, present and future. 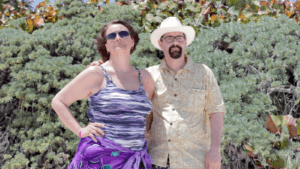 THE DOLPHINS
6 minutes / Directed by Michael Korican
On a beach in Mexico, a couple has a conversation about performing dolphins — are they on vacation or is something more ominous afoot?

Michael Korican is a Canadian filmmaker living in Victoria, BC. He has made 60 short films in standard and HD video, Super 8 and 16mm film. He says, “‘The Dolphins’ is a rumination on captivity and, therefore, on release; the aquatic mammals are metaphors of our existential thirst for happiness amid trying conditions.” 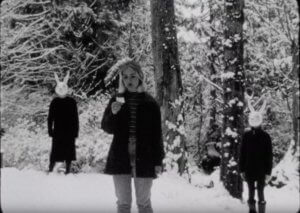 RABBIT HOLE
3 minutes / Directed by Jo Gaffney
A twist on the story of Alice In Wonderland, where the rabbits follow Alice farther and farther into the unknown. It’s a story about finding the people you’ll be with forever, and where you truly belong. This film was created for CineVic’s first-ever One Take Super 8 Event in 2019.

Jo Gaffney is an 18 year old filmmaker hailing from Salt Spring Island, with a keen interest in an exploration of stories through whimsical visuals. She is currently represented by Adolescent Content, and hopes to further her filmmaking career in Vancouver this coming fall. 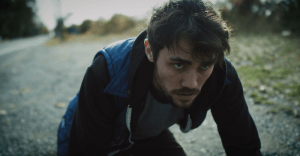 HER NAME IS DESTINY
15 minutes / Directed by Alex Miller
Despite having a past filled with bad family, hard drugs, and dead ends in the same depressing small town he grew up in, Sam Cantor has cleaned up his life by focusing on the one thing that matters: his daughter, Destiny. When an opportunity for Destiny to experience a life outside of town arrives in Sam’s mailbox, he seizes the chance to finally make things right. Her Name Is Destiny was the first film to be produced through CineVic’s CINE⚡SPARK program.

Alex Miller was born and raised in Edmonton, AB but spent his seminal years on Vancouver island where he would begin his career in film. From humble beginings of comedic skits with his friends to a half a dozen shorts under his belt and a career as a camera assistant, Alex continues to pursue his passion for film every day of his life.