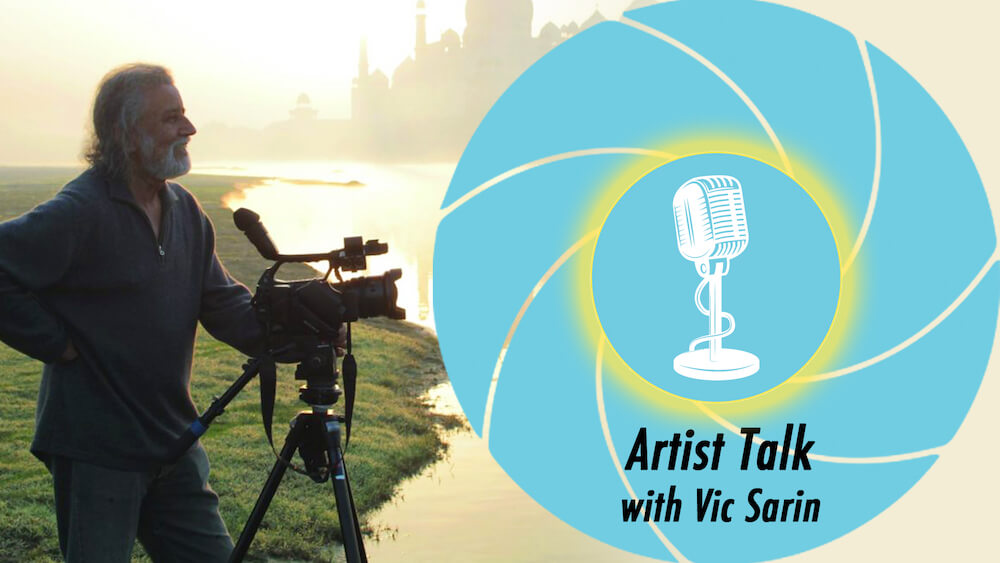 PLEASE NOTE: Due to popular demand we have moved the venue for this event to Movie Monday (Eric Martin Theatre – 2334 Trent Street). Please CLICK HERE for directions and parking information.

*Online registration ends Jan 18th, but seats WILL be available at the door*

In partnership with Movie Monday, CineVic is pleased to present an artist talk and discussion of work by Director / Writer / Cinematographer Vic Sarin.

A passionate and diverse filmmaker, Vic Sarin’s career includes award-winning feature films, documentaries and television movies. Sarin began his career in Australia making documentaries while working for the Australian Broadcasting Corporation as a cameraman. He emigrated to Canada and went on to become one of Canada’s most celebrated Directors of Photography, receiving numerous accolades including Genie, Gemini and Emmy nominations and awards. He is the recipient of the prestigious Kodak Lifetime Achievement Award for having created some of Canadian cinema’s most moving and memorable images. Vic’s outstanding work on feature films such as Margaret’s Museum, Whale Music, Bye Bye Blues, Dancing in the Dark and On My Own earned him world renown as one of Canada’s premier cinematographers.

Sarin often wears both hats as Director and Cinematographer, and has worked in 3D and IMAX formats, creating a distinct look and feel with breathtaking visuals and a unique storytelling style that seamlessly weaves together emotional and visual aspects. As a director, Sarin has won recognition for a diverse range of films such as the feature Cold Comfort, starring Maury Chaykin and Paul Gross, which garnered five Genie (Canadian Academy Award) nominations including Best Picture. He has received Emmy nominations for his family films for television: In His Father’s Shoes, starring Lou Gossett (five Emmy nominations including Best Direction and Best Picture), Sea People starring Hume Cronyn, (four Emmy nods including Best Direction and Best Picture) The Legend of Gatorface and Trial at Fortitude Bay starring Lolita Davidovitch and Henry Czerny which garnered both Emmy and Cable Ace nods. He received critical acclaim for the controversial television movie, Murder Unveiled – A Love Story.

Sarin’s films, though unique in character and setting, share a common thread — the exploration of the human need for connection, tolerance and opening the boundaries of the human heart. Sarin has recently completed Desert Riders, a feature documentary exploring the world of children camel jockeys in the Middle East, the globally-shot feature documentary Hue: A Matter of Colour, an exploration of colourism in various cultures through Sarin’s perspective, and The Boy From Geita, following the journey of a young Tanzanian boy with albinism.

Sarin’s feature documentary Keepers of the Magic, a film delving into the hearts and minds of the world’s master cinematographers, will screen the following night at Movie Monday, January 20th, 6:30pm at the Eric Martin Pavillion.