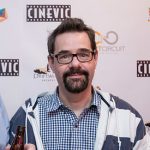 Michael Korican is an indie filmmaker based in Victoria, BC, Canada. He has written, produced, directed, animated, edited and created music for dozens of animation, documentary and narrative film and video productions. Michael is CineVic's current President and also chairs the Short Circuit Pacific Rim Film Festival committee and sound edits Push In, the CineVic Podcast. He blogs about the mediascape weekly at www.informediation.com/blog 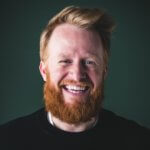 As co-founder of Evergreen & Bound Films, Grady Lawlor has produced films and videos over the past 20-odd years with a focus on storytelling with heart. Grady has produced award-winning short films since 2002, graduated from the Canadian College of Film & Acting and is a lifelong learner through CreativeLive both online and in-studio in Seattle. After a brief stint on-camera sprinting alongside Jason Statham, Grady moved to 'the big city' of Vancouver to see what all the buzz was about. Focusing on both sound production and the camera department for multiple years in the independent film scene of Vancouver & Whistler, he has worked on feature length films, documentaries, TV spots, ads, music videos and short films. Deciding the Island life was in fact the life for him, Grady returned to Victoria to co-found Gradio Media. Creating successful educational, promotional and fundraising video content for organizations in Victoria & Vancouver, lead to the opening of Evergreen & Bound Films. This now 7-year venture allows Grady to explore the beauty of BC while sharing moving, emotive stories for connected couples. As proud foster parents of 27+ rescue dogs, Grady and his partner Breanna's latest fundraising film directly resulted in over $240,000 being raised for the BC SPCA's Cruelty Investigation Department to save more animals in need throughout BC. 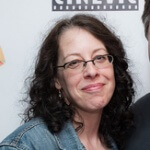 Sharon Joseph has been a member of CineVic for over a decade, volunteering on numerous short film productions. Writing is her primary interest however in 2002 Sharon directed Bridges, a short film exploring the work of a Saltspring Island painter and 2008 saw her producing the featurette Tumbling After by Bryan Skinner. The longest currently serving board member (for 13+ consecutive years), Sharon was previously CineVic's liaison with the BC Gaming Policy & Enforcement Branch but has been Secretary for several years now. She works at Camosun College and spends all her money on trips to the Maritimes. 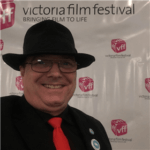 Charles Isherwood, past Vice-President of CineVic, has returned to the Board. An avid Victoria film festivals volunteer and attendee over the years, he fully appreciates the skills and dedication of the diverse community comprising the Victoria area film community. A self-proclaimed cheerleader of his peers, Charles recently graduated from the Production Assistant Micro Credential Course at Camosun College and is now a Permittee Logbook Holder with the Director’s Guild of Canada in British Columbia and a member in the Crew Database of the South Island Film and Media Commission. He graduated from UBC with a Bachelor of Commerce in 1992 and is now in his 23rd year as a local Realtor®. Production involvement with other members include Connor Gaston’s Witch Doctor and Cameraman I & II Produced by Arnold Lim and Darlene Tait, Deanna Milligan’s Gold, Susan Ko and Trent Peek’s Dogonnit, Sarah Nicole Faucher and Michael Korican’s Turkey’s Cooked, and Suzanne Moreau and Mia Golden’s Ginny’s Enterprise. Charles is very happy to have connected with and helped so many great friends old and new and looks forward to continuing this tradition for many years to come. Charles also loves karaoke 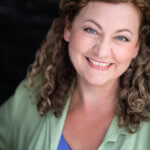 Screenwriting and filmmaking is Suzanne's second ‘career’; a creative one! She draws from decades of public service in social research on gender equity, education, and criminal and community justice. She seeks truth in storytelling and brings a visual aesthetic to filmmaking from her degree in visual art. 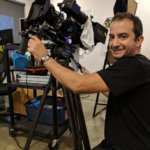 Brian Globus has been passionate about film and television for as long as he can remember and, over the last decade, has made it the focus of his career. For the past eight years he has worked at the Vancouver Island South Film Commission, helping to attract productions of every kind to the Capital Region by promoting our locations, crew and local services. He is also closely involved with development of the local film industry as an event organiser, workshop instructor and career counsellor. While at the Commission, Brian also trained as a Camera Assistant with the International Cinematographers Guild Local 669 and is now a full member, with experience on feature film and television productions shot in Victoria, Vancouver and Alberta. He has worked with professional camera crews on shows like Lost In Space, Disney’s Descendants, Supernatural, Loudermilk, Murdoch Mysteries and more. An indie filmmaker at heart, Brian started a meetup group in Victoria called ‘Film Club West’, which grew to over 500 online members. The collective produced a number of short films, and met regularly to share their creative skills and experience. Now with CineVic, Brian has worked on a number of productions by other members including Connor Gaston’s ‘Encore’, Arnold Lim’s ‘All In Madonna’ short, and Jim Knox’s ‘Bubba Lou’. With a vested interest in creating opportunities for local filmmakers, Brian welcomes the chance to serve on the Cinevic Board, on behalf of its talented membership. IMDB 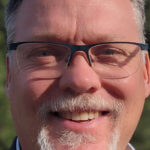 David's first career was as a journalist, first in radio and TV and then in newspapers, concluding with nine years as a reporter for the Calgary Herald mainly covering local, provincial and national politics. His second career was in politics itself, as a candidate, chief of staff, press secretary, campaign manager and as communications manager for the Premier of Alberta. He's now on his third career -- financial advisor with Edward Jones -- giving him for the first time a work-life balance that allows him to pursue his passion for storytelling. In the last few years he's written and produced two short plays and a short musical that have been performed at Fringe festivals in Nanaimo, Kelowna and Vancouver. He's also written, produced and directed two short films. He is excited to be able to help other storytellers via CineVic, which has helped him with his own budding film career. 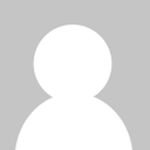 Aly van Akker has been an active member of the Victoria Film Community since 2019, contributing in some way or another to over 60 productions. Though she started on the camera team, first as a 2nd Assistant Camera and then as a 1st Assistant Camera, she has since gone on to co-write, direct, and has produced several short films. She currently resides in Victoria, BC. 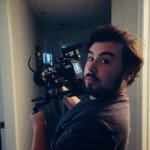 Connor Nyhan is a filmmaker from Victoria, BC who works as an indepented Director of Photography and 1st AC as well as having Written and Directed his own passion projects such as “Chicken Surprise”. He has a video production background, having started creating moving pictures since his early childhood. He keeps himself busy shooting short films and music videos, working with fellow DOPs as a part of their camera departments, and doing the odd photoshoot. Connor is also a big-time lens nerd, obsessed over the optics that capture images and the different effects that any given lens will create base on its characteristics. He is especially fond of anamorphic lenses like CineVic’s own Atlas Orions, and vintage glass like the infamous Helios 44-2 58mm, Minolta MC Rokkors, and Canon FDs.