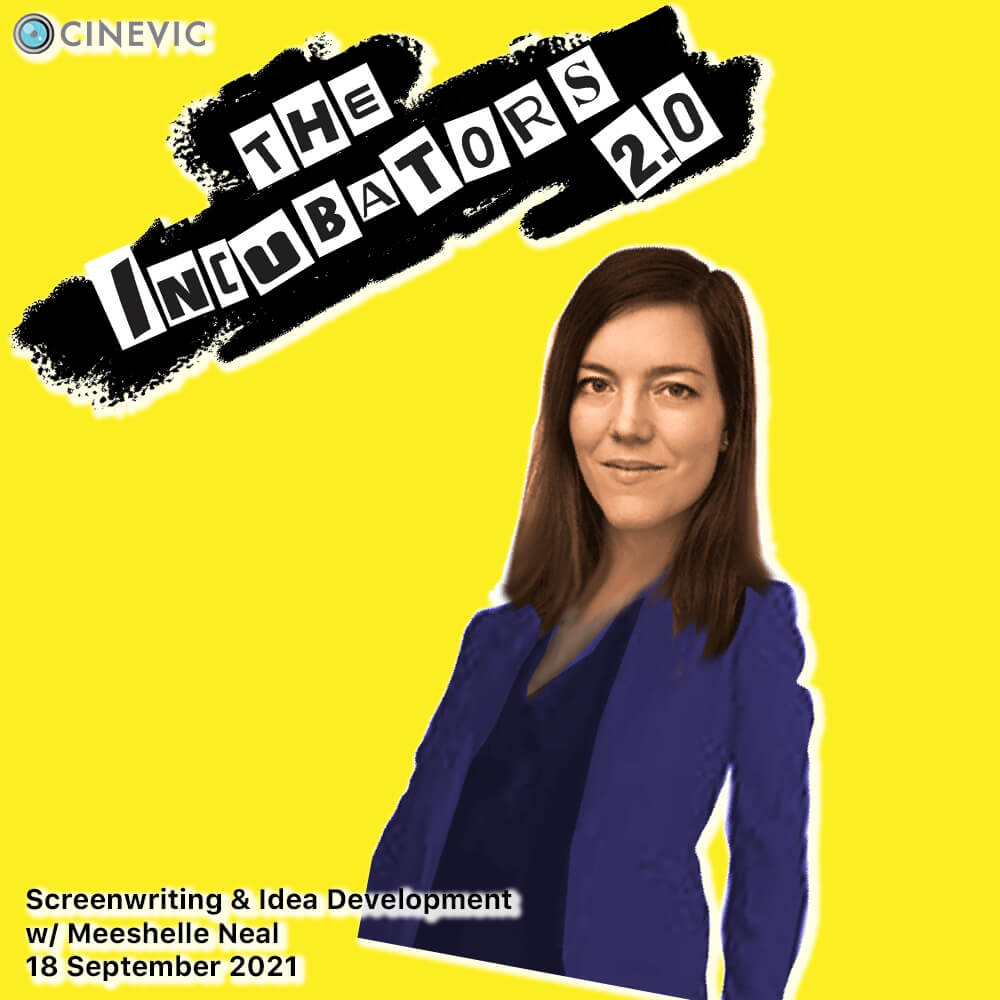 There is a thirst for quality content and diverse voices right now. It all starts with the script. Meeshelle Neal’s easy-to-understand Screenwriting Workshop is the best place for anyone contemplating writing a movie or wanting to learn how to pitch & polish their work. This information-packed workshop will give you the tools and information you need to write a feature-length screenplay or short film to budget. The workshop is part lecture, part discussion, part writing exercises.

You will learn how to develop your voice and create complex, unique and interesting scripts — all while sticking to the almighty structure and formatting to ensure you are seen as a professional within the industry. Packaging your materials appropriately means people will be more likely to read your work and take you seriously.

This workshop is for new and emerging screenwriters, or seasoned writers from other disciplines, or professionals working in other departments of filmmaking (directors, actors, and crew) who want to learn how to write for the screen. The details depend on what you bring. If you have a script, Meeshelle will help you hone and sharpen it. If you just have an idea but need to get it on paper, she will plant the seed and help you find the story you are meant to tell, sending you off with the tools to write.

A great entry point for writers, directors, producers, actors, filmmakers, film crew, writers from other mediums, and anyone with an interest in how screenplays are written and how they are marketed and sold. Or for writers who want to push through to the next level of their career. You will leave the workshop with the techniques needed to write a feature-length or short screenplay, inspiration for your project, a notebook full of ideas, story notes and new connections.

If you are interested in The Incubators, but aren’t sure about signing up for the full program just yet, this workshop is the perfect way to dip your toe in the water! If you purchase a single ticket for this workshop and later decide to attend the full program, we will deduct the amount you’ve already paid from the Full Package Deal registration fee.

Meeshelle ‘Meesh’ Neal is a queer she/her award-winning Canadian filmmaker. She is the first in the history of the Whistler Producers Lab to have two feature film projects selected. Meesh wrote and is slated to direct both. She won Best Female Filmmaker for her work on Sweet Release in the Toronto International Nollywood Film Festival where the short also took home Best LGBTQ Film. She was recently awarded Best Director for Where Everyone Lives in the Berlin Indie Film Festival. Meeshelle is in development on a feature film version of Sweet Release. This grounded sci-fi is being brought to life with the help of the WIDC CBC Films Talent Development Award and the Whistler Producers Lab. In addition to working in film, Meeshelle is an author and has published a trilogy called Betwixt. She was a recipient of the Amy Ferris Fellowship for Betwixt: The Call of the Void. She is currently in development on an adaptation of the books into a feature film with the help of the Whistler Producers Lab. She wrote, produced and acted in Mental, which she adapted to the screen from a one-woman stage play. The film screened at CineVic’s Short Circuit in 2018, received BravoFACT funding as well as multiple awards, and co-earned her a WIFTV Spotlight Image Award. She is mentored by well-respected director / producer Gary Harvey and is grateful to have apprenticed with him on: Hudson & Rex (Citytv), Welcome To Christmas(Hallmark) & Tiny Pretty Things (Netflix). She enjoys telling heightened reality stories that remain grounded in the nuanced complexity of human emotions.