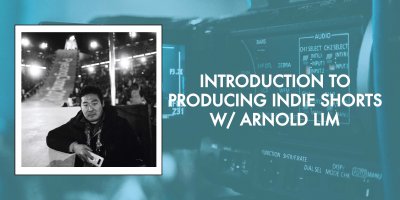 Want to make a short film? As much as we would like it to be, filmmaking isn’t just about directing and camera-work. This course introduces the many jobs of a short-film producer, some of the challenges of the industry and funding opportunities available to filmmakers just like you.

Over the past five years, Lim has also been awarded numerous grants including the Harold Greenberg Fund’s Shorts-To-Features, the National Screen Institute’s Features First and BravoFACT. He has also juried several film festivals including the Vancouver Asian Film Festival, the Victoria Film Festival and Short Circuit.